Here in Victoria BC, a yacht race called Swiftsure takes place the last weekend of May every year.  Here's a photo mom took on Saturday while out buying dumb coats for me at garage sales.  This was a couple hours after the start of the race so most of the boats were already out of sight. 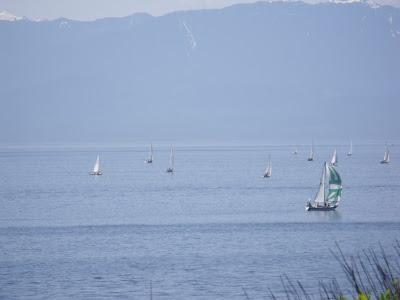 On Sunday, we woke mom up early so we could go down to the Inner Harbour to see if any of the boats had gotten back.  We parked near the Visitor's Centre so we could do a bit of a loop.  We got downtown around 6:30 so no dawgs in their right minds were out and about... just us! 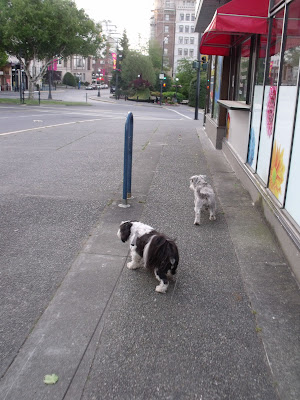 Look at all the boats!  You can also see the Parliament Buildings in the background on the left. 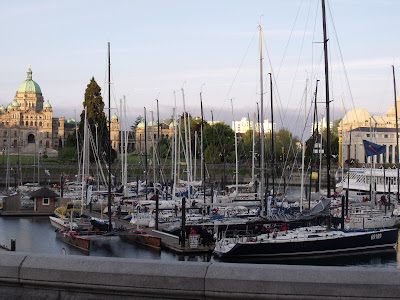 Check out these big mushroom thingies... 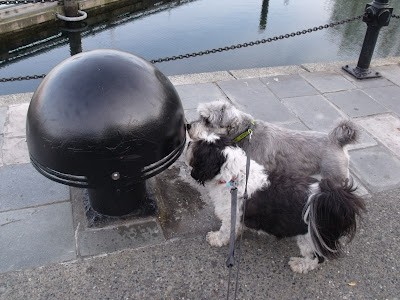 Checking out all the action going on. 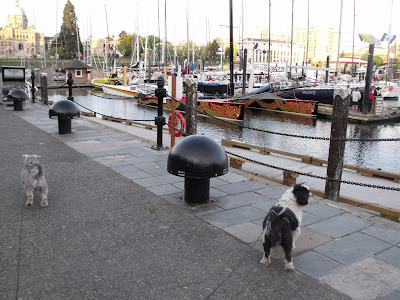 We were running around all over the place and Pippen liked jumping up and then jumping down these big steps... 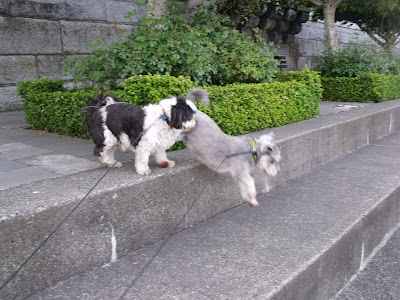 I liked walking along the top of them... it made me feel like a Great Dane being so much taller than Pippen!

And then for some reason, we all started singing!

"O you'll take the high road, and I'll take the low road
And I'll be in Scotland before ye..." 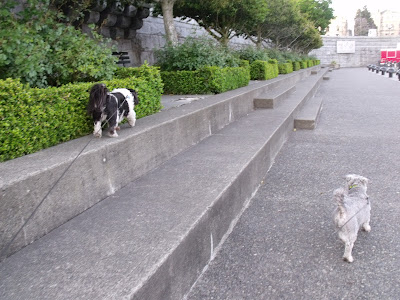 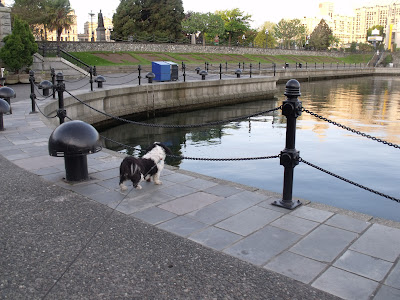 And some more of the boats resting after the race. 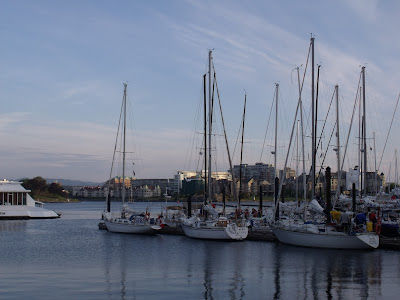 Then we had to go up the stairs to the sidewalk.  Of course I ran lickety-split!  Isn't that an awesome shot?  Almost looks like I'm going to tumble backwards! 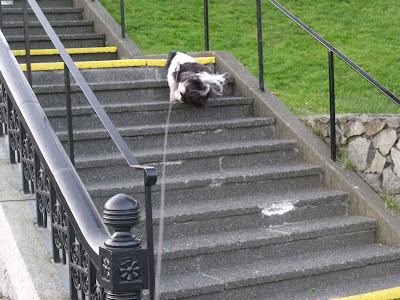 That's what the professionals call 'form'! 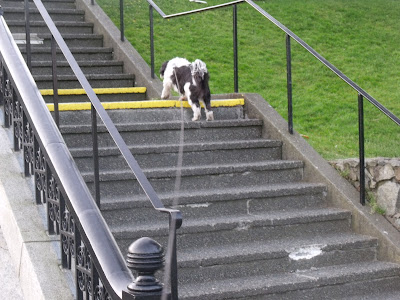 At the top of the stairs there is a small totem pole. 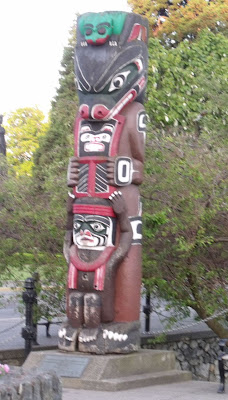 And then across the street there's the statue of Emily Carr 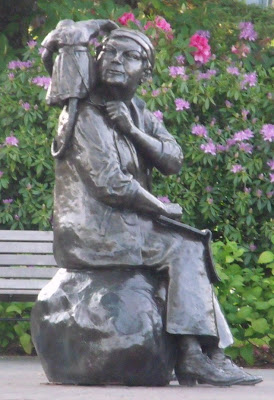 I stopped to have a chat with her dawg...  I even tried to pose like him!  Don't we look totally alike? 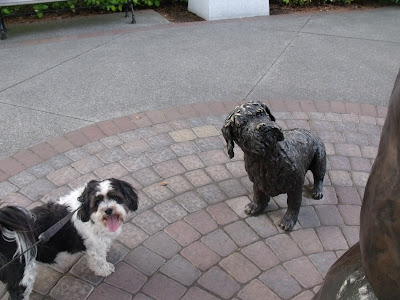 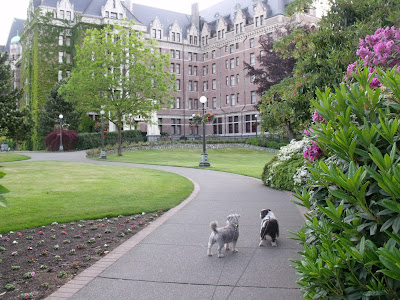 And just look at this!  Killer Whales!  How awesome are they? 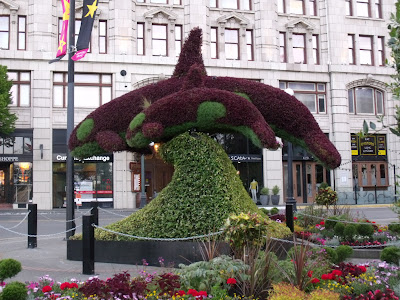 Then it was back across the street and into the car.  Before we went home we stopped off at Tim Horton's to get some donuts and coffee for mom's breakfast... and she even shared with us.