On Saturday, it was really sunny out but really windy so we decided to head to the ocean to see if there were any big waves.

Mom made me stand by this tree that fell over... not really sure why but hey... a dog's gotta do what his mom says! 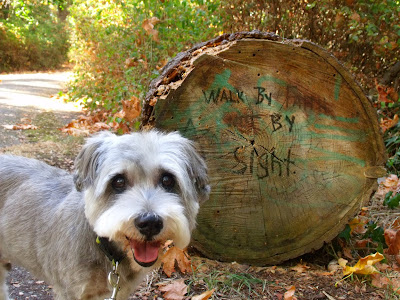 Just check out all the leaves on the ground already!  Summer isn't even over yet! 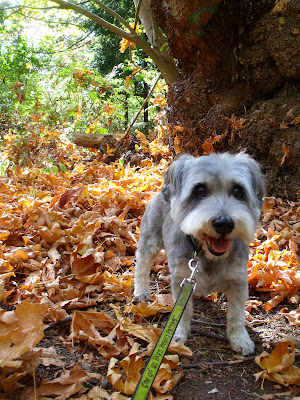 Here I am at the world's tallest totem pole.  It's so tall, we couldn't get it all in the photo! 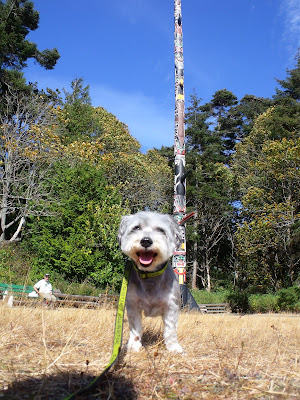 See the guy on the bench in the background?  He watched us the whole time mom took pictures of me... pretty sure he thought mom had lost her mind! 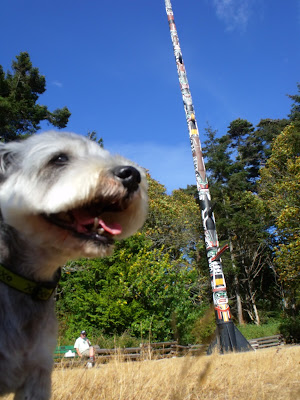 Really mom?  Maybe next time make sure the grasses aren't in my face! 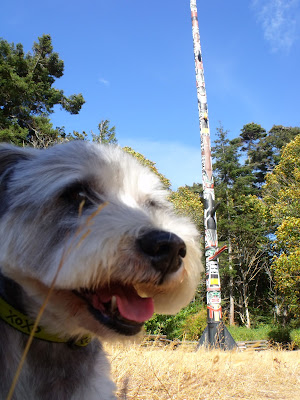 Just check out these guys on the ocean!  No way you would ever get me to do something silly like that! 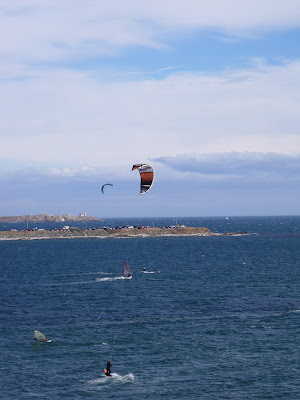 This is where we were watching the windsurfer dudes... you can tell how windy it is by my flying furs! 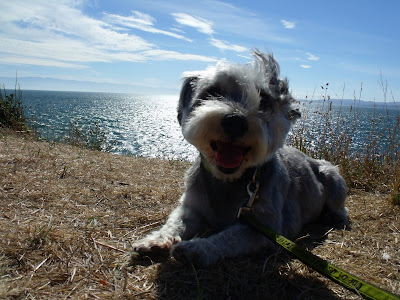 Hope you liked this Saturday adventure! 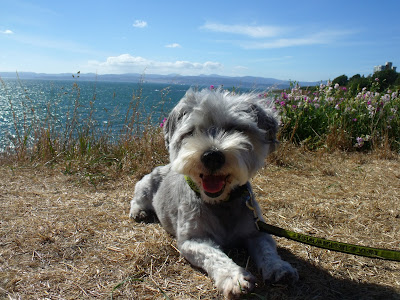 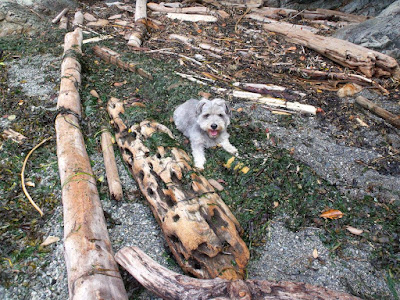 
After our exciting walkie at Fisherman's Wharf, we drove a couple blocks to the BC Legislative Building.  Usually the building looks impressive but having my studly handsome self standing in front of it puts everything in perspective! 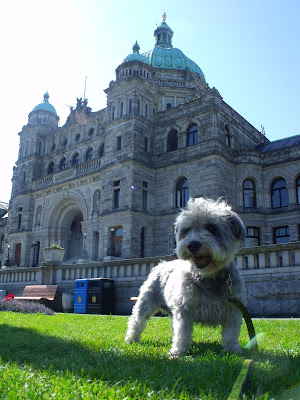 Here I am in front of the Speaker's Chair! 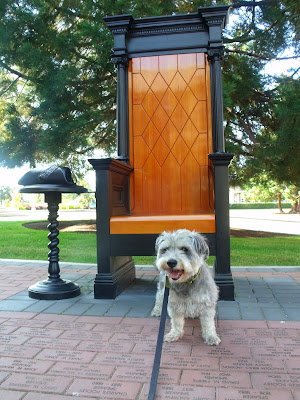 Some of the nice architecture... 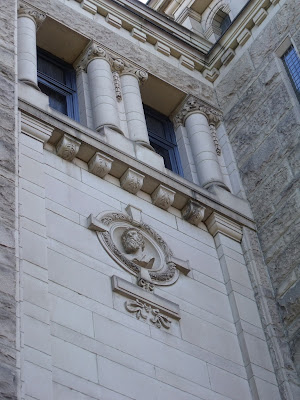 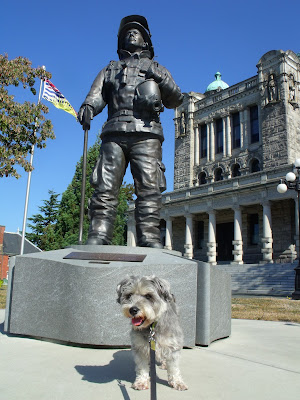 More of the architecture... I found it quite strange that there are peoples standing all over this building in different nooks and crannies.  Mom tells me they are statues and not real peoples but it still seems weird to me! 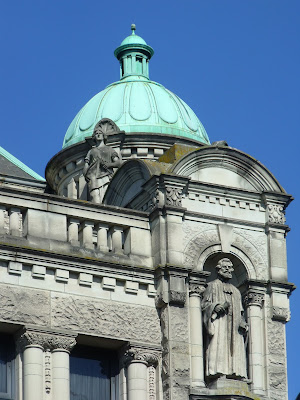 Taking a break on the cool grasses and doing some tourist watchings. 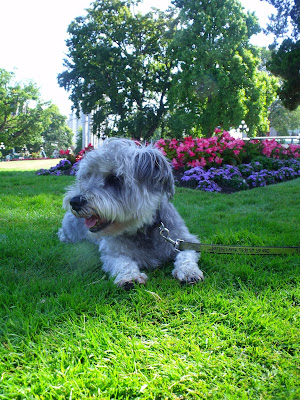 There's also a small rose garden on the grounds that we had to check out. 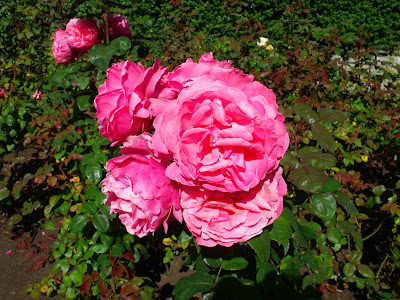 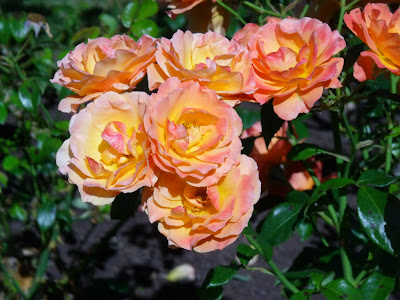 So that's it for my three part weekend adventure! 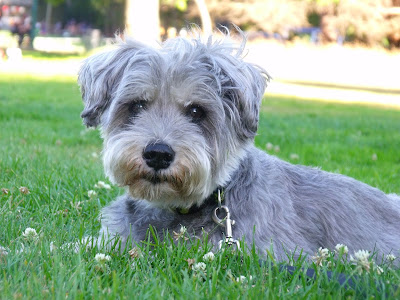 Mom and I are on vacation next week and because we still don't have a computer or the internets at home, we will be indognito for a while.

We have plans for many adventures and mom says that she might even buy a new laptop!

See you in a week or so!

On Monday, it was British Columbia Day which means that mom didn't have to go to work!

We got up early and headed to the waterfront to a place I've never been.... 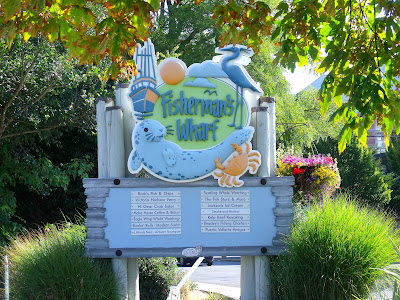 First of all we walkied around the park that was next to it so I could leave some introductory peemails for all the other doggies that would stop by that day... I wouldn't want them to not know that the Pippen had also been there! 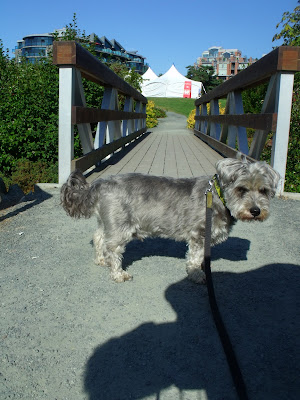 That big ship is called the Coho and travels between Victoria and Port Angeles, Washington.  It was just arriving with a bunch of peoples on it. 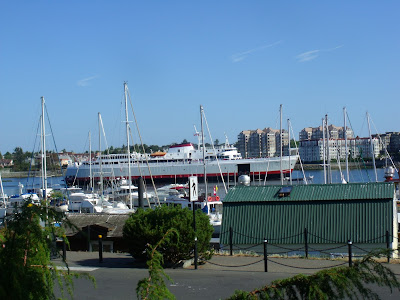 Here I am on the wharf going to check out some of the float homes.  When we went by one of them, the little doggie that lived there barked like a maniac at us! 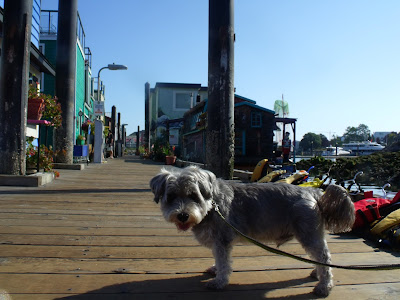 This here underwater swimming type dog is called a Sea Lion and he sticks around the wharf because all the peoples stop to take his picture and feed him little fishes.

I'm not sure I liked him very much because he looked at me like I would be a nice tasty breakfast for him! 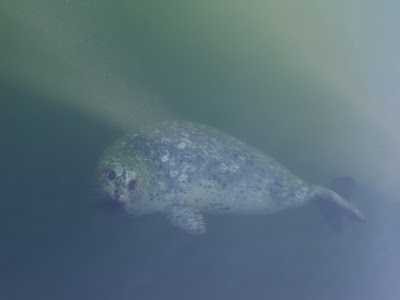 Making sure mom taked a nice photo of me in front of the boats...  I sure am a handsome dude, if I say so myself! 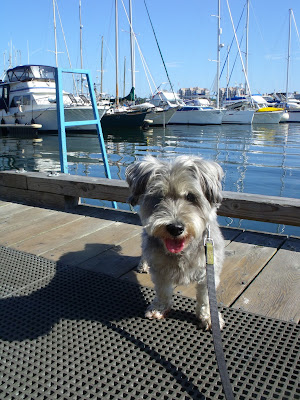 I would highly recommend checking this place out if you are ever visiting or if you have a similar place in your hometown.  One word of caution though... we had to go down a really steep ramp that made funny noises and moved.  I totally wasn't skeered at all but I don't think I'll try it again!

Sunday afternoon, mom and I went back to Beaver Lake. 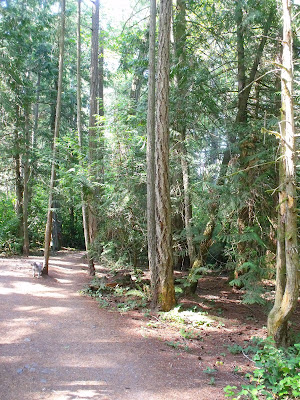 It was stinking hot out so a walk in the forest was just what we needed! 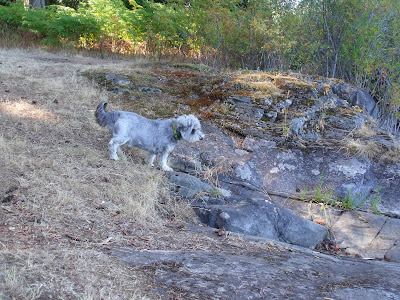 And we saw another woodpecker.  I told mom that this one's called a Downy Woodpecker. 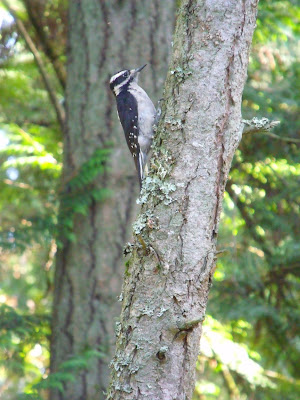 and check out this pretty fern! 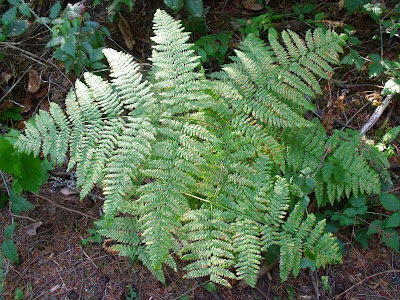 Looks like somebuddy read our bloggie from last week about getting lost! 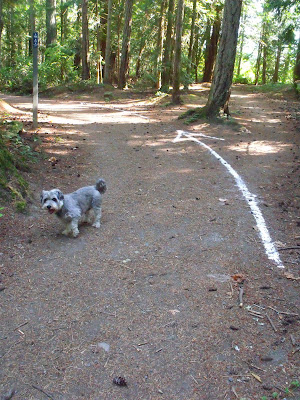 Somebuddy drew an arrow showing us which trail we need to take to get back to the car.  Good thing too, because I'm sure mom would have gotten us lost again!