As you know, today is Mother's day.   Yesterday, Pippen and I went shopping to pick up some stuffs for our mom... Here's what we found for her.  Do you think she'll like all this?  We weren't sure which were her favourites so we got them all! 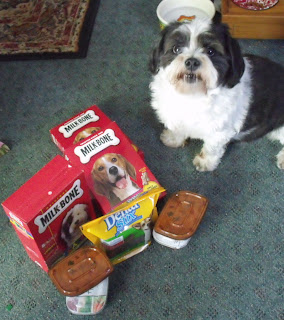 Later on we took her out for a walkie.

Our first stop was the garbage bin to see if there was something that mom could dumpster dive for but we were out of luck today. 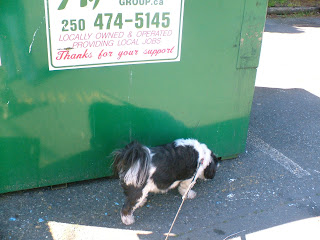 After that major disappointment, we left the complex and headed over to the Galloping Goose Trail.  We've been there before but it's always a good walkie on a nice day. 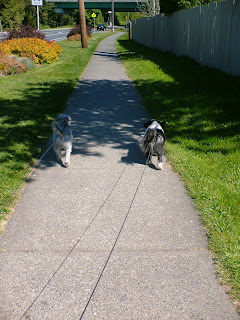 We have to go under the highway and then up a hill, looks like a lot of work, doesn't it?  By the time we got to the top we were practically done in. 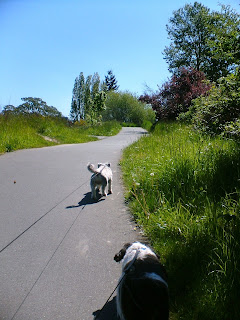 I had to stop and check out the action on the school field. 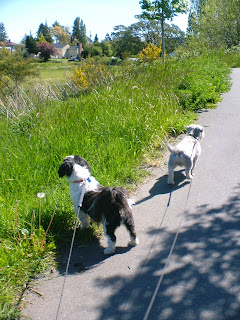 Then we were on the trail.  Lots of peoples use the trail so we saw lots of bicycles.  We have to stay on our side of the dotted line so we don't get run over.  Let me tell you, that's a lot of work to remember! 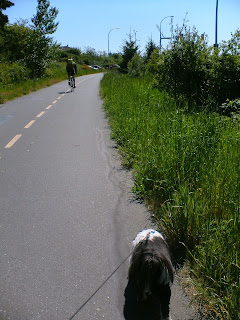 We're coming up on our intersection.  It's pretty busy and mom says we have to be on our best behaviour while waiting to cross. 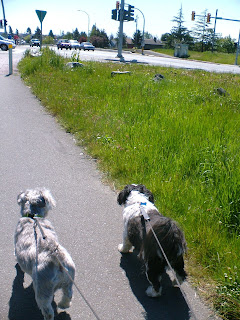 While we were waiting to cross the highway some guy in a convertible was looking at me so I stuck out my tongue at him!  Hopefully mom didn't see that because I'm not sure if that was some of my 'best' behaviour! 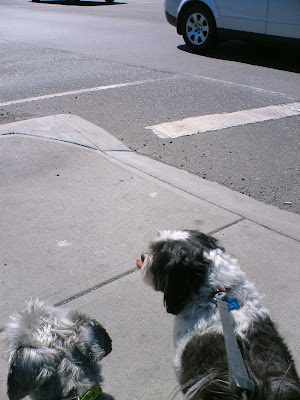 After we got home, we were TIRED!  We barely made it to our front yard... but we did and then did the proper cool down after exercising. 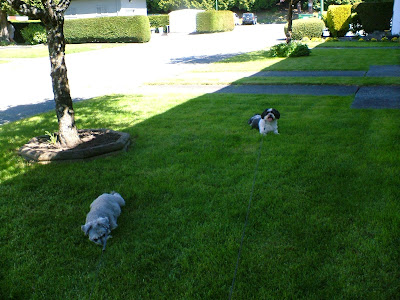 Now we're going to have a nap while mom makes herself some banana bread and then cooks a roast for dinner!

Hope you all are having a great Mother's Day too!
Posted by Pippen at 11:59 AM