Mom finally picked up our photos with Santa! 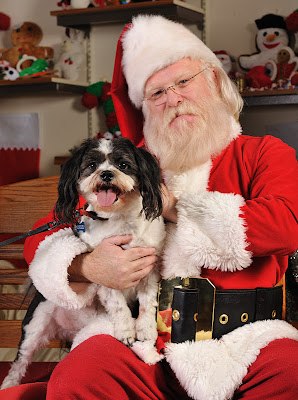 On the other paw... Santa told Pippen he was only borderline nice!  And if you know, 'Goody Four Shoes' you'll know that just put the worrys in the boy...  Pippen was hoping for some awesome presents this year so now he's not sure if he's getting them! 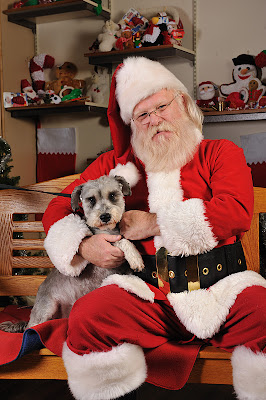 I told him that Santa was just yanking his walking string but he wouldn't let it go... even after Santa told him that he was way nicer than me! 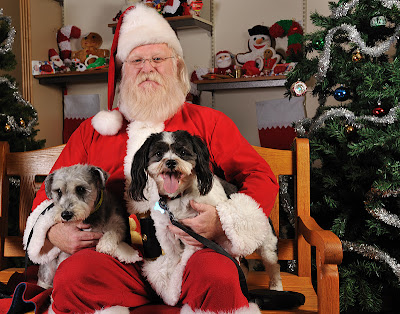 You know what else???  The photographer and the helper lady both told me I could be a model!  They said that I take direction well and am happy!  Oh yeah... and extremely good looking too!