Mom went out with some friends yesterday afternoon to a cat rescue sale.  She only bought a few things and said that they even had kittens there!

One thing she bought was this awesome soccer ball stuffie - it cost her 50 cents! 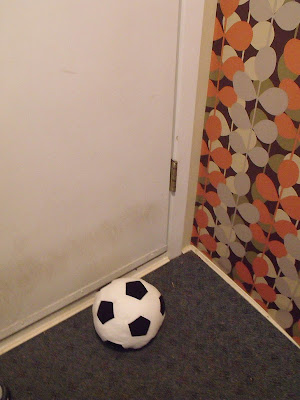 Chico said that since it was from the cat rescue sale it was obviously for him! 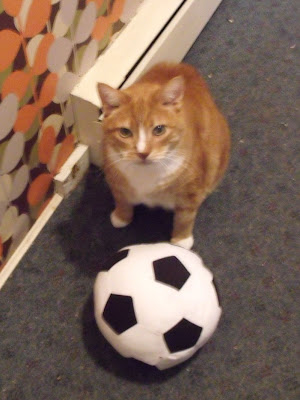 Don't even think about it dude!  It's mine! 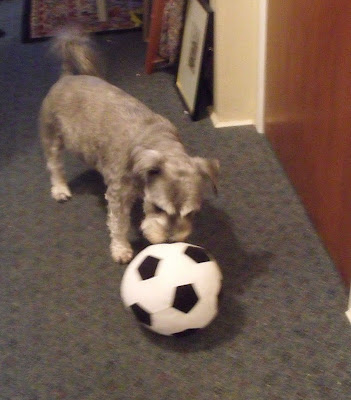 Chico totally tried to steal it away from me but I have some awesome moves... 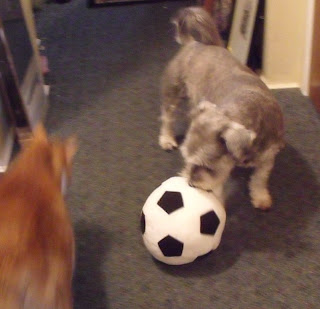 Then he changed tactics and snuck up behind me and tried to get it again! 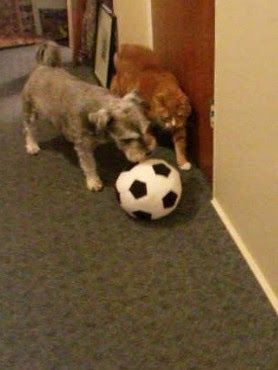 I told him in no uncertain terms to move away from the ball!  Despite all my efforts to keep the ball to myself... 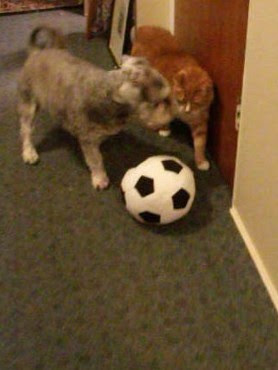 Someone always takes over!  Look at the crazy look in his eye - nobody wants to mess with the crazy dog! 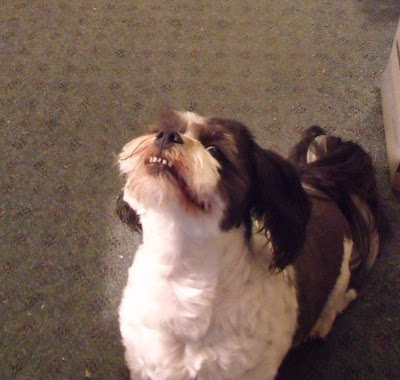 Once he got it he wouldn't let anyone else have it... even mom!

He even had to take it outside on our walkie later on. 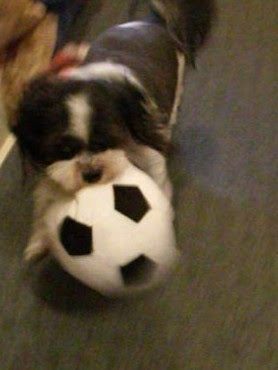 We're planning on another match later today...  I'm hoping to get it away from him and keep it for myself!