Where We Went Walkies!

After my major protest yesterday we headed out for a special walkie.

First of all, we had to go pick up our Aunty Tonja so she could walkie too!  Then we headed to Beacon Hill Park - we haven't been there for a long time so mom thought it would be nice to check it out.

This is close to where we parked and there's a huge playground for the mini two-leggers to play in... of course, mom didn't want us to go check it out. 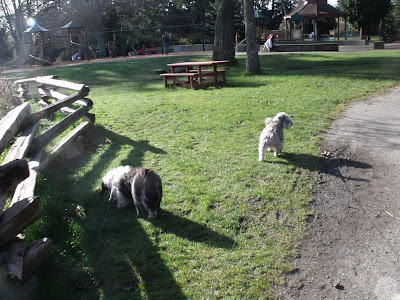 We especially love this park because there are lots of duckies living here. 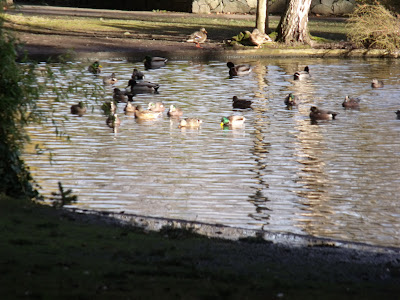 If you are going to visit, Spring is the BEST time of year because they've just put down fresh compost.  Here I am checking to see if anyone is watching and then I rolled in it! 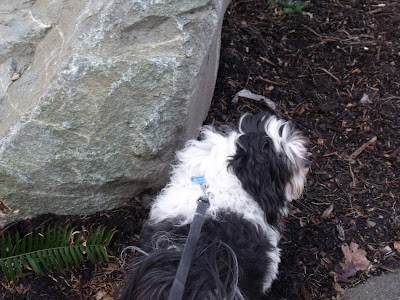 I found some rocks to climb and saw the bandshell - that's where they have concerts in the summertime. 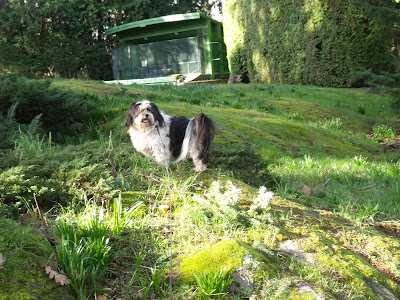 Then we had to go over a bridge but before we did I had to look for the ducks in the pond... mom got kinda worried at this point cuz it almost looked like I would jump in! 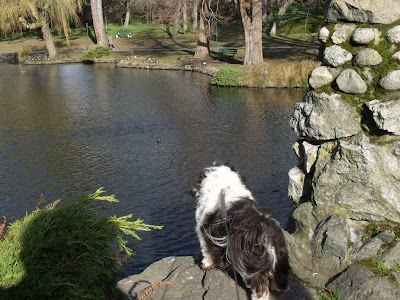 Going over the bridge with the Pippen!  Normally, I don't do bridges but this one doesn't move so it's totally safe. 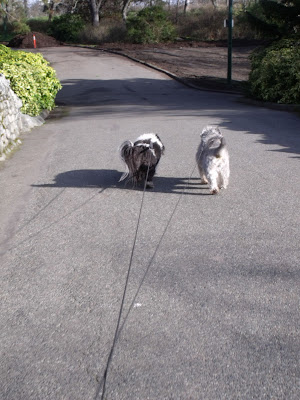 Here I am telling mom that I'm gonna catch a duck to eat for breaky! 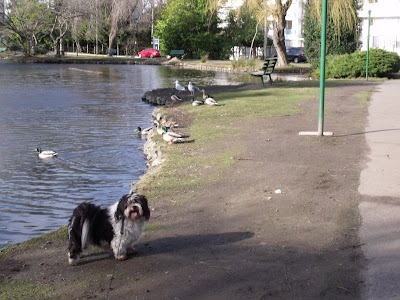 Mom totally put the kibosh on that idea so we just continued our walkie...

It was lots of fun walking buy the duckies cuz they didn't really like us so as we walked by them they'd jump in the water. 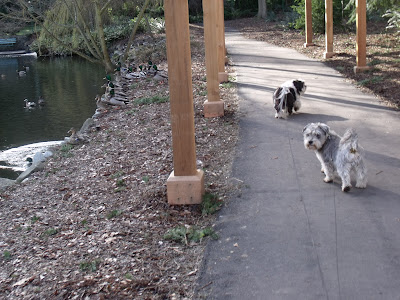 I got to show off my balancing abilities by walking along the curb... Aunty Tonja was suitably impressed! 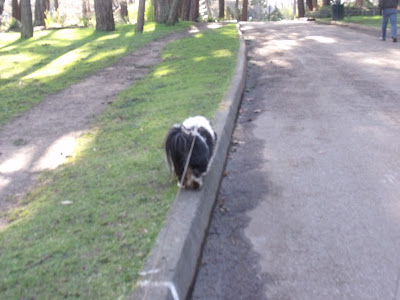 There's some weird trees living there - we didn't go near this one in case it grabbed us as we walked underneath him. 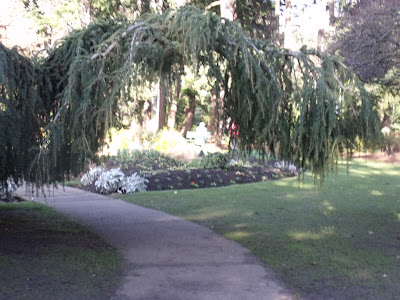 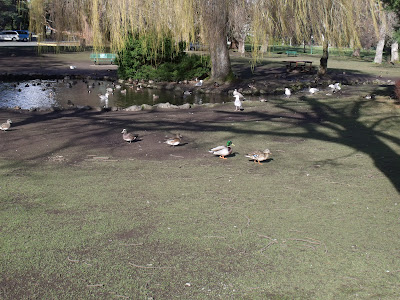 They have a kid's petting zoo and mom wanted to go check it out... now I'm a city dog and I don't like weird looking animals so I wasn't too thrill about this idea.

Then I saw this thing!  It made loud scary noises and I just wanted to go back to the car especially when mom said that some of them just wander the park and aren't behind a fence!  What if one tried to catch me??? 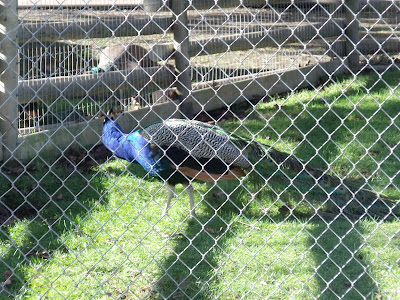 So after that, my tail was down and I was pulling mom and aunty to the safety of the car. 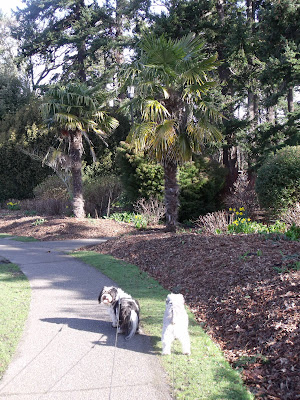 It didn't matter how much I yelled at them... they just dilly dallyed it along!  Pippen was no help either. 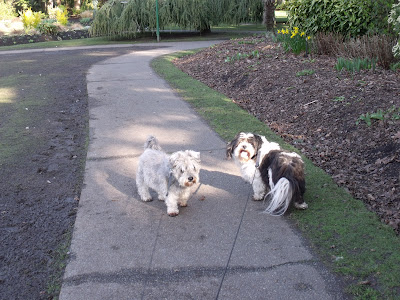 We eventually made it back to the car and back home - I had to nap the rest of the day to recover from my fright!

Here's a couple close up pics of the ducks. 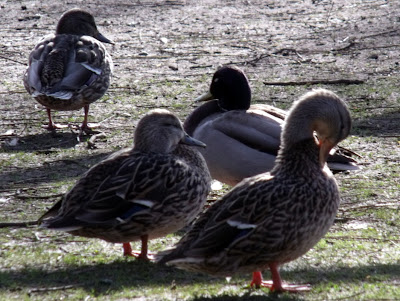 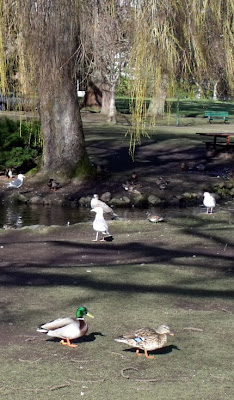 Oh and I think I said this was a special walkie - that's cuz today is mom's birthday and this is the only thing we could afford to get her after spending our allowance on chewies last week!